China gives, China takes away, and the west must look to its own pork markets 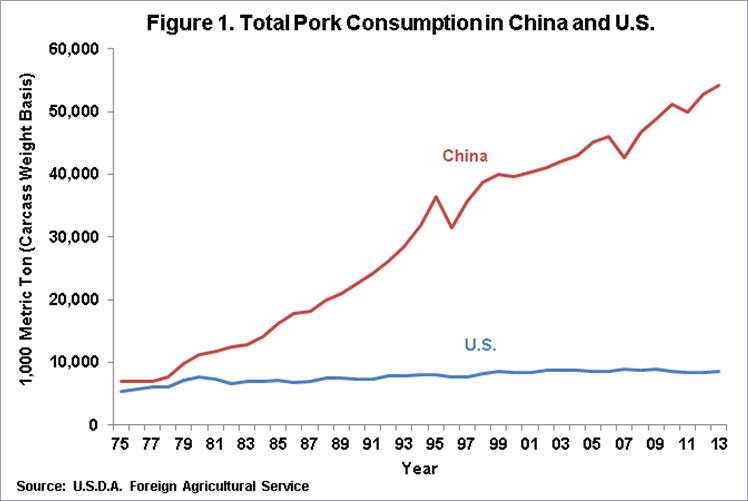 Given the impossibility of substituting import growth of other nations in place of China's vanishing 50% share, can the domestic demand of pork exporters make up for the difference? First, all other top importers except Mexico are mature, slow growing economies. Second, COVID-19 lockdowns are devastating meat demand in mature western economies such as America and Canada, as well as in EU pork exporters such as Germany and Spain.

Fortunately, there are lessons to be learned from China's vast but badly misunderstood pork market. After skyrocketing from 5kg per capita in 1980 to 30kg by 2000, many predicted China's rapid pork consumption growth would soon tail off and stagnate. They also opined that before 2020, Chinese would adopt the mass chicken consumption taken for granted in western nations. Having witnessed pork's cultural importance to Chinese society up close in the west, I was very skeptical this could be achieved.

Moreover, from "China will never make or consume so much pork again", output was first revised to equal pre-ASF levels in 2025 –and now even that date has been pulled forward to as early as mid-2023.

While we often discuss forward thinking, supply-side policies China used to sustain pork production, a demand-side perspective offers an even more valuable lesson: Pork is as central to Chinese culture as beef is to American culture. Even so, despite aggressive marketing campaigns by poultry associations and suppliers of faux meat, Chinese consumption of pork and other red meats such as beef skyrocketed.

China culturally identifies with pork: No health scares about saturated fat, no "red meat destroys the planet earth" propaganda, not even ASF and sky-high meat prices weakens their cultural bond with pork.

It begs the question of "Why do westerners so easily give away their cultural identification with red meats, which have been part of their lives for thousands of years?"

Instead of praying that Asians eat more of their beef and pork, western exporters just need to market pride in red meat's cultural role back to their own people. If China can dramatically reverse a 30% fall in per capita pork consumption in just two years, why should western per capita meat consumption be 30% lower than it was 45 years ago?

Answer that question and you have found a home for all that pork China will stop importing in five years.